I was very fortunate to receive a copy of the Birdwatchers’ Yearbook 2015, thanks to being a part of a fantastic group called Next Generation Birders. As a beginner birder, I’m already excited to use the book in 2015 to work out where to visit. After an initial flick through the yearbook, I was pleased to immediately stop at the beginning and read a feature on Next Generation Birders, followed by a great article highlighting the plight of Hen Harriers. As a side-note, I feel that it would've been nice to see a mention of the young birder, Findlay Wilde, who has done so much in 2014 to raise awareness of the troubles faced by Hen Harriers. 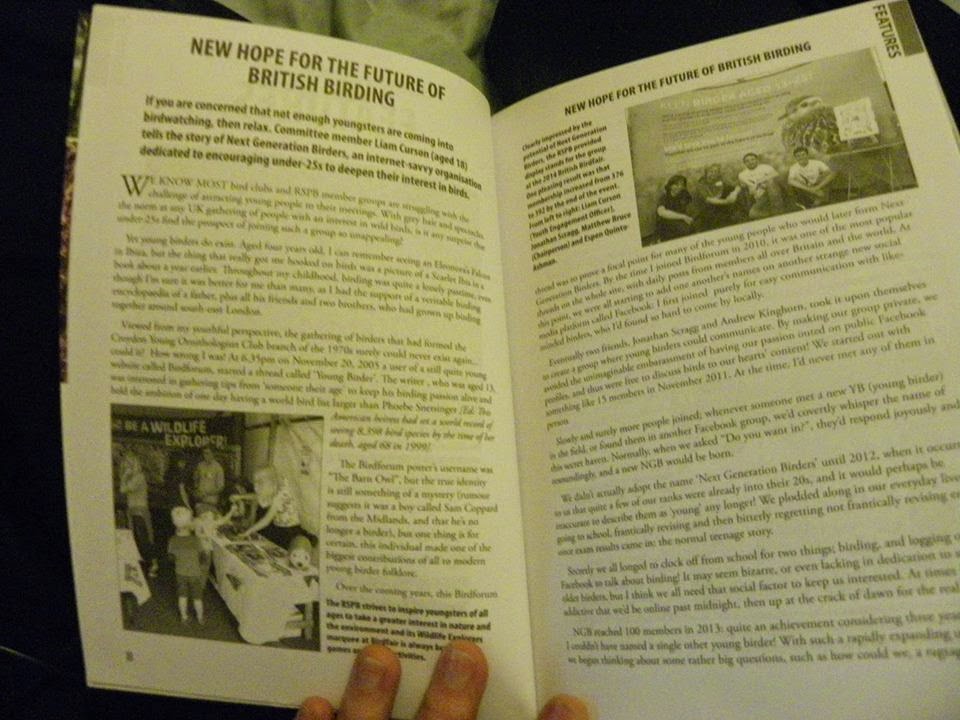 Moving on a few pages, I delighted (albeit not surprised) to find the checklist of birds, which will make my aim of recording the wildlife I see much easier! I was pleasantly surprised to find checklists for both butterflies and dragonflies, although I did wonder why Scarce Tortoiseshell wasn't included. True enough, it is a rare migrant, but a number were seen across various counties during 2014 and thus it is not unreasonable to hope we will see them again during 2015.

Browsing through the main bulk of the book, the nature reserves section, I stopped in a couple of counties that I was familiar with. I was astonished to see that Chesil Beach and the Fleet Nature Reserve were not mentioned, considering that huge numbers and varieties of bird species are seen there, including the recovering Little Tern colony. 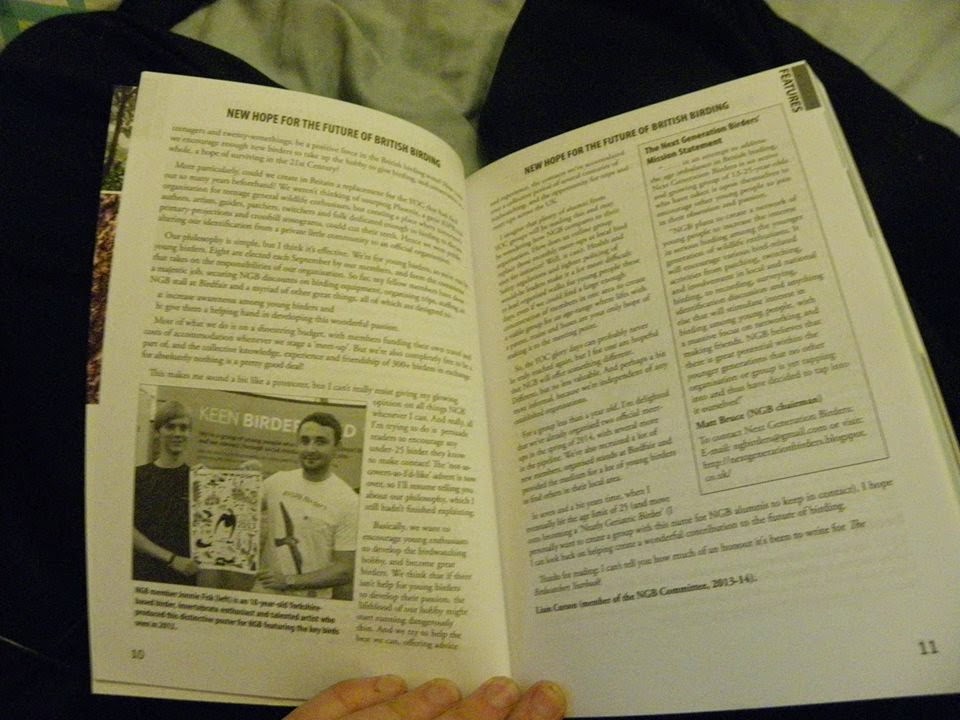 My final thoughts on the Birdwatchers’ Yearbook 2015 is that it looks like it will be incredibly useful, there is a lot of information in there but it is logically laid out and easy to use. I look forward to using it for birding in the new year.

-Megan Shersby
Posted by Unknown at 00:29